I recently began following Ricky Gervais on Facebook, and discovered that he is a passionate animal welfare advocate.  I already knew him as a ridiculously talented actor, comedian and all-around outspoken individual, but didn’t know about his interest in critters.  Cool.


So, I thought, wouldn’t it be amazing if I could somehow get him to notice RSCF?  Wouldn’t he love to come meet Delilah and Ninita and be our new best friend and advocate?  I mean HOW HARD COULD THAT BE, RIGHT???  Yes, I am that naïve and pie-eyed.
﻿
So I sent him some pictures and links on Facebook, and wrote a probably way too long message, and asked all my Facebook friends to like the message and beg ask him to contact us AS IF THAT WOULD WORK.  Well, it did….sort of.  Mr. Gervais posts pics every few days of something mind-blowingly adorable with the caption, “I found this in my belly-button.”  I had the brilliant idea this morning to send him a photo of Ninita with the post, “Mr. Gervais, Ninita, our baby pygmy marmoset, would like to know if you have room in your belly-button for her.”  GENIOUS, AMIRIGHT????  Anyway, he actually responded today in the comments with a smiley-face emoticon, about which I am totally excited and consider “first contact”.  Don’t judge, I have no idea how you go about reaching out to famous people these days.
﻿ 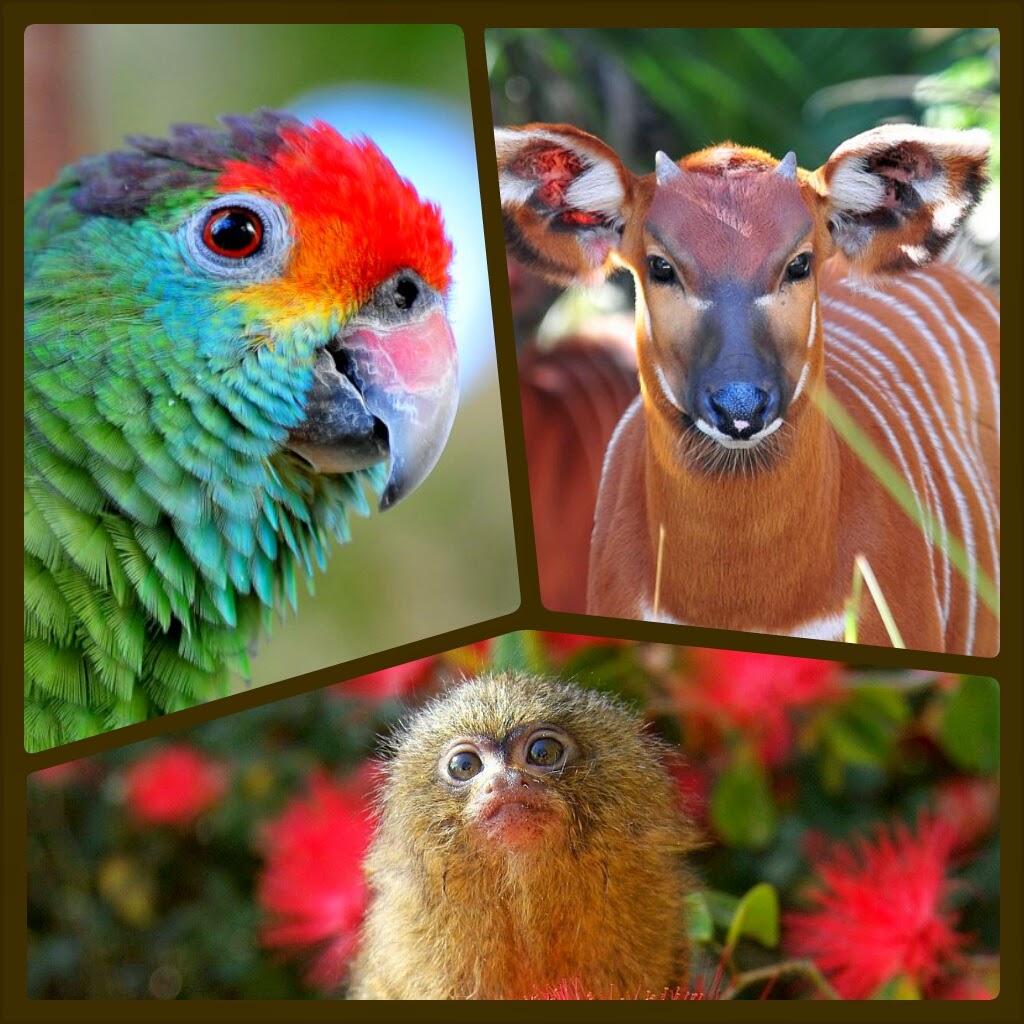 Another Facebook friend forwarded me Mr. Gervais’ management contact info (I have no idea how she got that), and I have decided to write a letter to ask if Ricky (yes, we are on a first name basis since the smiley-face emoticon, right??) would consider meeting us and maybe be a part of one of two documentaries we are considering.  One about the Red-browed Amazon Parrot Program, and another about Delilah and the Bongo Repatriation Program.  Both are equally fascinating—one about a species of parrot brought to the brink of extinction due to habitat loss and the black market pet trade (lots of shady characters, mob connections and even….MURDER), the other a story about the life of an orphaned baby bongo antelope who beat the odds to survive, and her new role as ambassador for a program that has brought her species back from the brink of extinction through captive breeding.  That,  and the successful-nobody-thought-they-could-do-it return of these majestic creatures to their homeland on the protected slopes of Mount Kenya. Get your tissues ready—it’s a tear-jerker.
So, how the Hell do you put that into an email that is supposed to be two paragraphs no more than 5 sentences each?  That’s what I hear is recommended in a “cold call” like this because celebrities are inundated with requests and if your communication doesn’t grab somebody’s attention in, like, 10 seconds or less it’s one more dumped in the queue headed for the recycle bin.  Notice, I used the word “queue”, which is British, as is Mr. Gervai…I mean Ricky.  Ever since I’ve considered contacting him, all the conversations we have in my head are with British accents.  Yes, I am an idiot.
This stuff just stumps me.  I guess I’m supposed to strap a GoPro on me and run through the field with Delilah for YouTube, or stage some sort of Vine that you pray goes viral featuring Ninta and her toothbrush massages, but I HAVE A REAL LIFE SO THAT’S NOT GOING TO HAPPEN.  I need the folks at Aardman Animations to do a Claymation video of Delilah inviting Mr. Gervais to her prom or something.  That’s still a thing, right? Young folks asking celebrities in a video to go to prom with them?  And yes, it’s Mr. Gervias—who am I kidding????  Hey, Delilah asking him to her prom is pretty damned good idea….hmmmmmmm….sigh, I need help. 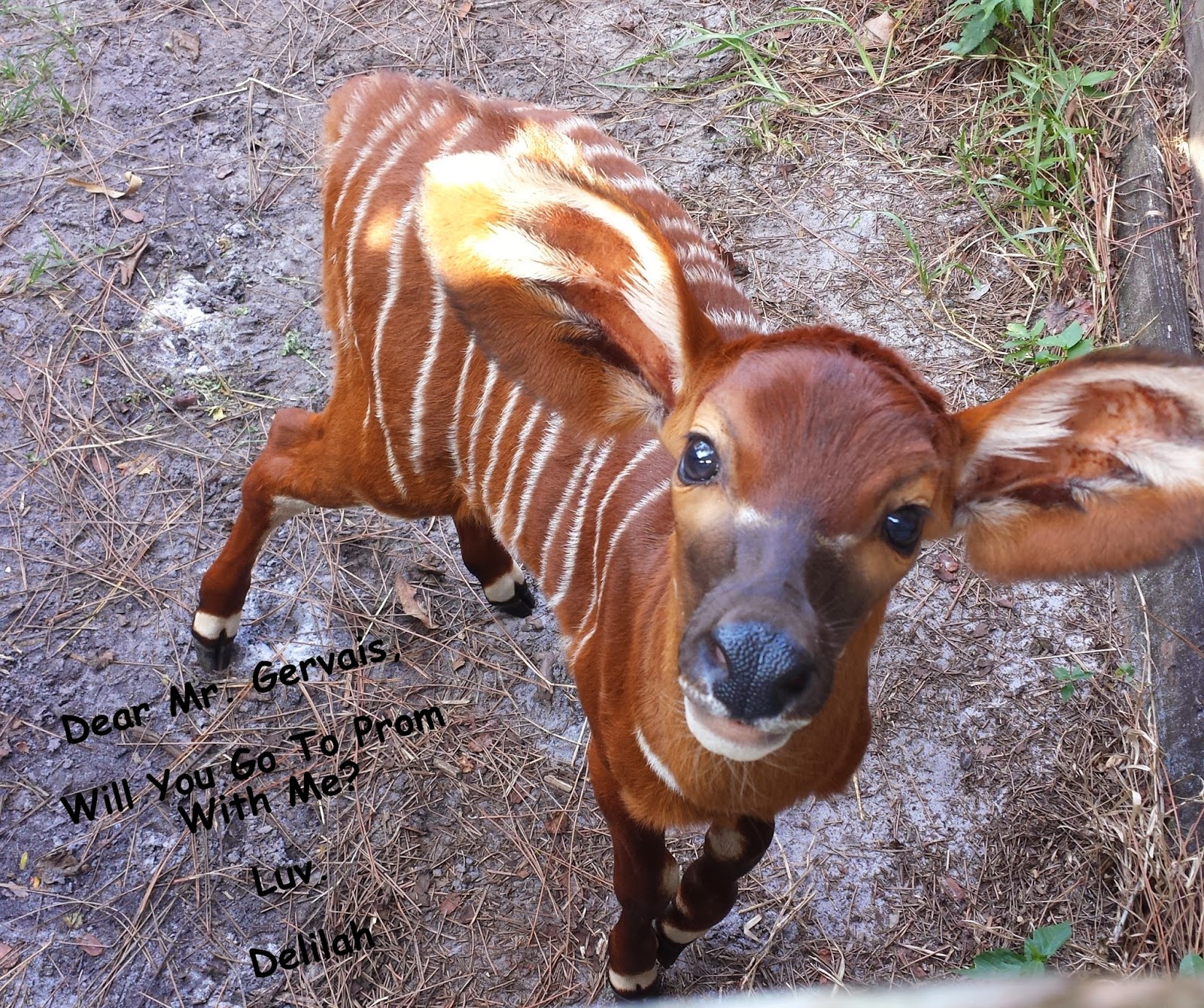 ﻿
The thing is, we really need someone with a supportive audience and a strong public presence to help us.  We may be a tiny 30-acre facility at the end of a dirt road, but we are home to some of the world’s most endangered wildlife and we succeed where many larger organizations have failed.  Unfortunately, we’re not so good at attracting national support, or a “face”, for our cause.  Bring species back from the brink of extinction?  No problem.  Establish vast tracts of protected habitat home to some of the world’s most endangered plants and animals?  DONE.  Contact a celebrity and get them to support us?  NOT A CLUE.
Why Mr. Gervais?  Why any celebrity?  We live in a time where a recognizable face counts. A LOT.  And more to the point, I respect the man.  He speaks his mind, seems unafraid of voicing his beliefs, and we need that.  Someone willing to tell the truth regarding the status of our world and the incredible damage we have done to it.  And also to show that we can effect change, we can preserve what’s left of nature, but it ain’t pretty and it ain’t easy.  While I am grateful to the recognizable voices behind many “nature shows”, I don’t see Oprah, Morgan Freeman or Alec Baldwin willing to stand up and say out loud what we all know is true—humans have wrought a holocaust against nature with heinous consequences.  I believe Mr. Gervais has the balls to do just that and more.
So, Mr. Gervais, if you see this—please contact us.  There is a tiny monkey, some truly amazing parrots, and a young lady bongo antelope who really want to meet you.  Who really NEED to meet you.
Now, to squeeze this into two paragraphs 5 sentences each.  Sigh…..

Posted by Karen McGovern at 8:51 PM

Great post, Karen. I'm sure if Ricky gets to read it he will be inspired to help. Good luck and thanks for sharing. I love reading about the lovely animals.

this is a fantastic post - have you heard of the program 'years of living dangerously'? they are indeed calling out gov'ts and such on the havoc that has been (and continues to be) wreaked. to the point that i can only take this in doses because i get so despondent. but maybe, just maybe someone associated with that show could help? there are celebrities involved - don cheadle, harrison ford, etc. just a thought.

Keep hash tagging him EVERY TIME you post anywhere! 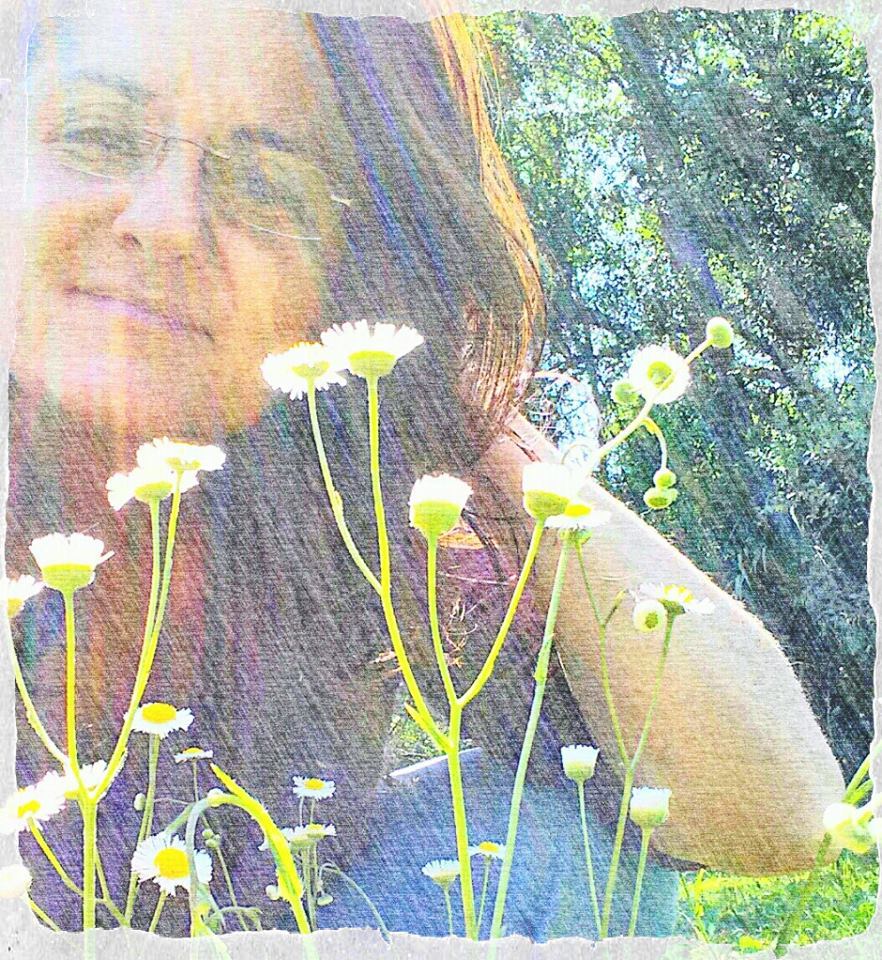 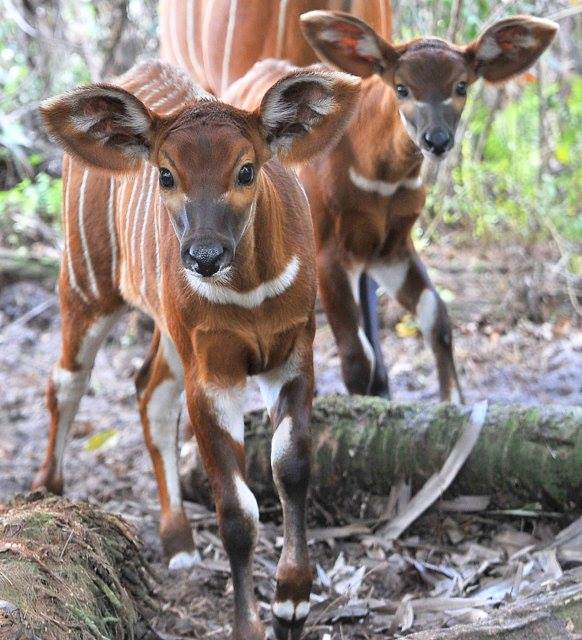